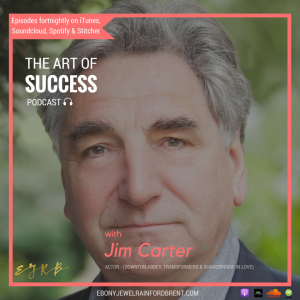 This week on the podcast I sit down with Downton Abbey actor Jim Carter. Jim has been involved in numberous on screen and theatre productions over his 47 year career in the entertainment industry including roles such as Carson in Downton Abbey, Shakespeare in Love and the Transformers.

In this episode we delve into Jim’s journey and some key moments in his career including:

– How trusting his inner voice has been critical to his success

– How he has approached mastering his craft and developing his skills

– His advice on being bold and brave when approaching life.