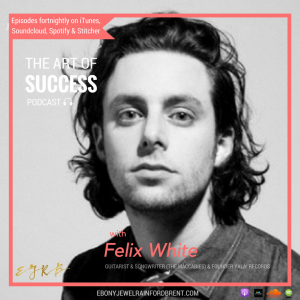 This week on the podcast I sit down with Felix White, songwriter and guitarist for the English indie rock band ‘The Maccabees’ and founder of ‘Yala! Records’. The Maccabees released 4 albums over their 14 year career including ‘Marks to Prove it’ which reached number one in the UK album charts.

In this episode we delve into Felix’s journey through the world of music and discuss some of the key insights along the way. We delve into a number of areas including:

– Deciding to go ‘all in’ on your dreams

– The creative process and how he masters his craft